It's no secret that the Bookworms Discover team skews towards science fiction and fantasy reads, but we're also fans of humor (as evidenced by the fact that we're humor authors as well). Humorous sci-fi and fantasy books usually fall into two categories: wildly popular classics and completely obscure unknowns that you've never heard of. Obviously, we're more interested in the latter. Below are four books, all of which would have been captivating stories if they'd chosen a 100% serious approach to speculative storytelling, but thanks to the addition of a humorous element, are all stand-out tales that we feel deserve more attention. 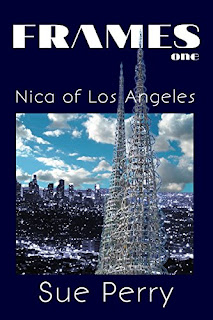 Sentient buildings, untrustworthy clouds, and one very restless woman who decides to become a private eye makes for a rather entertaining book. In fact, I considered posting last month with the genre mashups, but the quirky, offbeat humor that runs through the story made it a much better candidate for this list.
Buy this book or borrow with Kindle Unlimited on Amazon


The Golden Hourglass by Ben Mariner 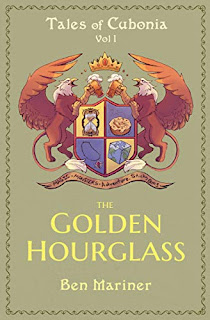 Following in the tradition of weird shaped fantasy worlds filled with odd characters, Cubonia is a cube planet, with each side having a distinct terrain and no shortage of odd characters, including a hard drinking griffon with a taste for sticky buns, a sassy guinea pig, and Gary, a boglighter with a pleasant disposition, dontcha know.
Buy this book or borrow with Kindle Unlimited on Amazon


The Taste of Cashews by Will Hartzell-Baird 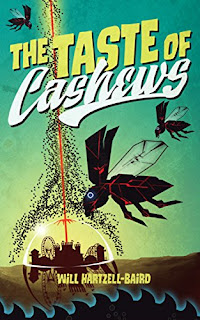 This is another book that crosses genres well, but make no mistake, humor is where it excels. Featuring a villain with an accidental reputation for being a bloodthirsty tyrant, a (possibly)sentient toy dinosaur, and robotic bugs you can eat, but maybe you shouldn't.
Buy this book or borrow with Kindle Unlimited on Amazon 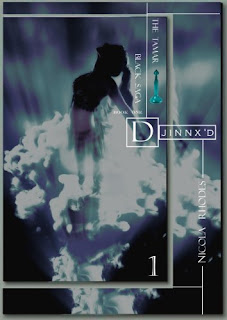 A djinn, trapped for thousands of years in her bottle, is found by what she thinks is a hapless sucker she can pass along the entrapment curse to. The trouble is, he isn't asking for wishes, even when they end up facing all sorts of terrible and terribly amusing foes.
Buy this book on Amazon


We hope you check out May's recommendations and be sure to check back next month to see what we've got lined up for June!
Discover New Reads Humor Indie Authors Underrated Books